Winnipeg was a straggling frontier village in the Red River Settlment when Maison Ste Marie opened on May 1, 1869. At the request of Archbishop Tache, two Grey Nuns opened the school to serve Catholics on the west side of the Red River across from St. Boniface.

The school was located in a rented house on Victoria Street between the intersection of Portage Avenue and Main Street and The Forks, where the Red and Assiniboine Rivers meet. The convent chapel also became home to St. Mary’s Catholic Church until August 1874, when a church was built at the corner of St. Mary Avenue and Hargrave Street.

In the spring of 1873, the new province of Manitoba assumed responsibility for education, and St. Mary’s began receiving public funding. 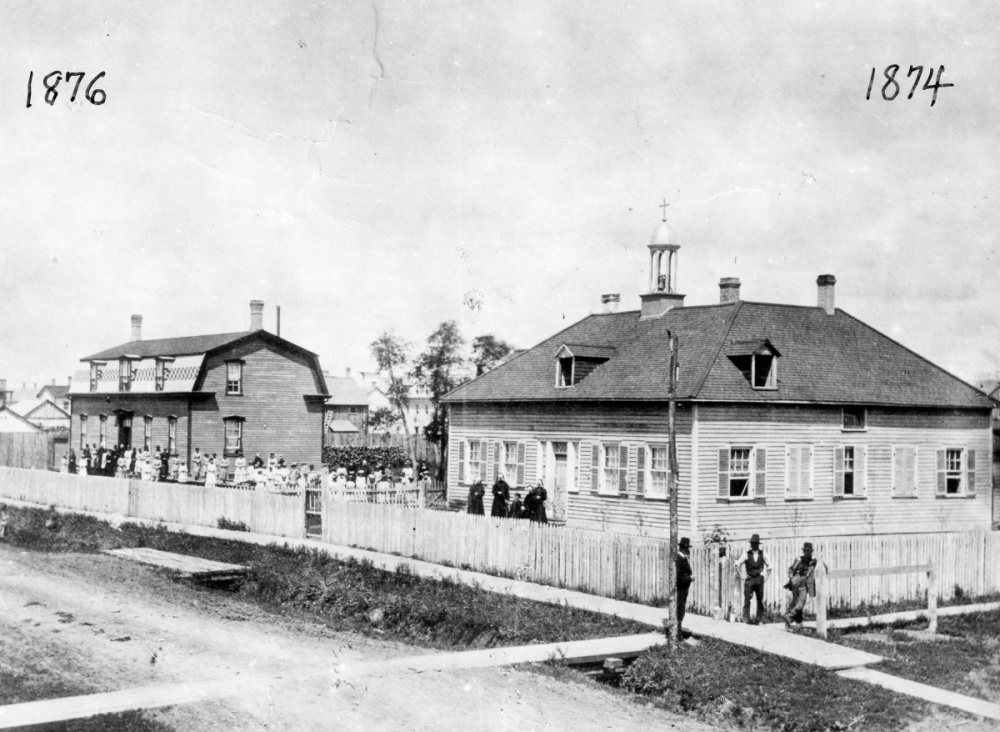 The arrangement with the Grey Nuns was temporary. In 1874 Archbishop Tache recruited the Sisters of the Holy Names of Jesus and Mary (SNJM), a teaching congregation from Quebec, to work in education in the diocese. On August 22, 1874, four SNJM arrived from Montreal to assume responsibility for St. Mary’s Academy. When the school opened on September 1st, 19 students came to register; 12 girls and 7 boys. In the following weeks, enrolment swelled to 126, including 50 boys. The next year, three Christian Brothers came to Winnipeg and began a school for boys on Hargrave Street. Boys were not seen within the walls of the Academy again until 1915 when, by special request from the archbishop, they were accepted into grades one and two until 1950. 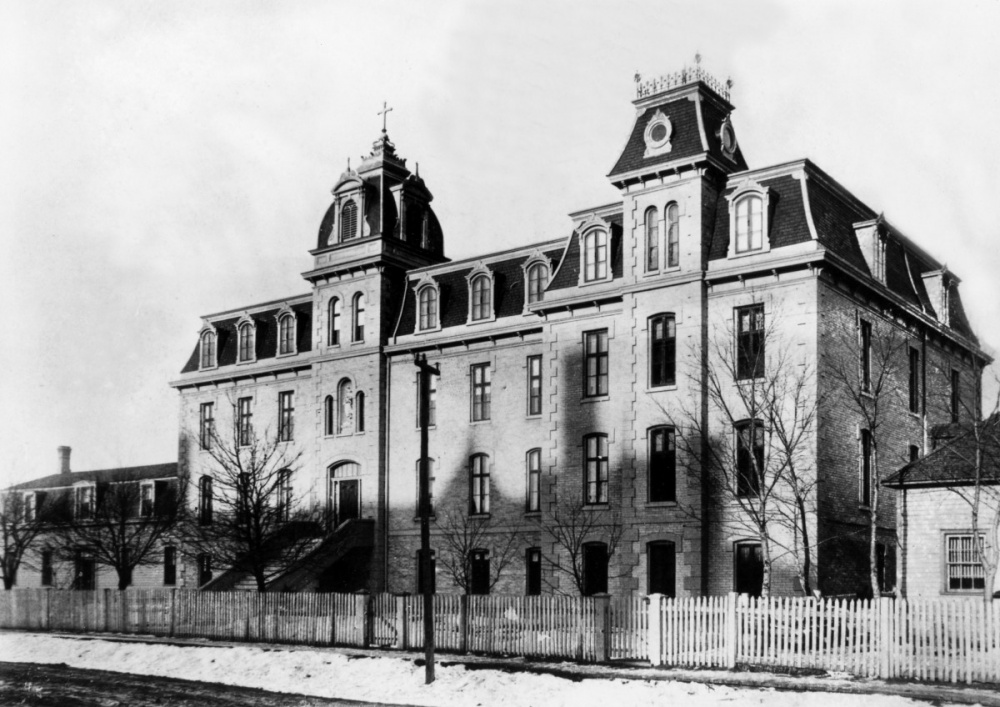 The Brick Academy on Notre Dame

Enrolment at the girls' school increased rapidly and the first St. Mary's Academy on Victoria Street was soon filled to capacity. A second small house, The Annex, was built in 1876, but continued overcrowding meant the Academy needed larger quarters. In 1881 a new St. Mary's Academy was constructed between the original two structures (Foundation house and The Annex) on Notre Dame Avenue East, to which a new wing was added in 1892. This was a period in Manitoba’s history known as The Boom. The Manitoba School Act of 1890 removed all public support from Catholic schools, forcing them to become private institutions. Despite that, registration of resident and day students continued to grow at SMA. Once again the Academy outgrew its facilities and the SNJM searched for a new location, away from the crowded, noisy, commercial core of the city.

A New Academy in Crescentwood

A 15-acre site was purchased in Crescentwood for a new Academy designed by Samuel Hooper. On August 31, 1902, the corner stone was blessed for the Wellington Crescent Academy. The Edward Cass Construction Company took nearly a year to complete the building at a cost of $81,000. The new Academy was shaped like a “U”. The elaborate, four-storey structure had solid brick walls and a mansard roof. The top floor was one large dormitory for students. On September 6, 1903 the school opened with 27 Sisters, 148 borders and 48 day students.

The Manitoba Free Press questioned why the Sisters built so far out on the prairies. One year later, land was sold to the city of Winnipeg to extend Stafford Street and to the Winnipeg School Division for Kelvin High School. 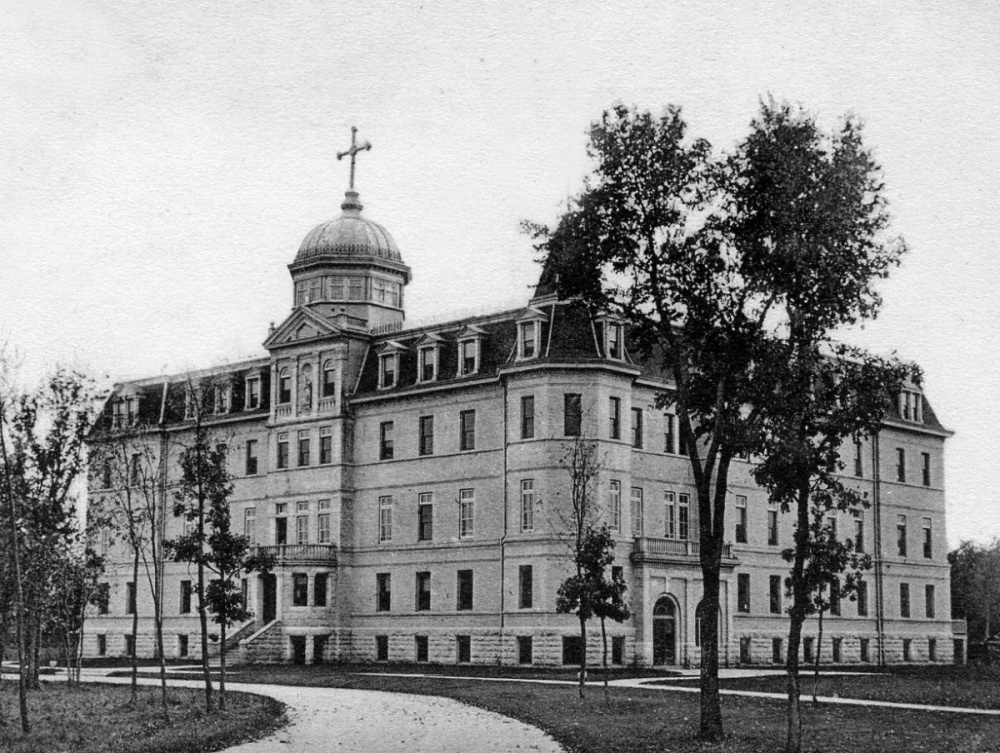 Growth of the Academy and College

By 1909 another addition was needed. This addition was designed by J.A. Senecal and J.A. Hudson and built by Senecal And Smith at a cost of $99,300. At 66 feet by 120 feet the addition was 18 feet wider than the original building. This change in width was hidden on the Academy Road side by a large tower housing a staircase. The fourth floor was an extension of the dormitories. On the south side of the first floor, the music department housed 25 pianos. A substantial amount of piling work was undertaken during the 1930s to address cracking foundations and other damage.

In 1926 the Academy became affiliated with the University of Manitoba and began functioning as St. Mary’s Academy and College. At the time, the Academy was the West’s only Catholic institution where a full college course was offered to women. Students entering kindergarten could now continue through college without changing schools.

With the depression in the 1930s, the financial burden of increasing property taxes was nearly insupportable. However, the school survived and launched on a new period of steady growth in the post-war era.

In June 1960 the boarding school closed, ending a 90-year tradition. The same year, elementary grades and the College were phased out to help reduce crowding. But, as enrollment continued to climb, a third expansion was necessary. Another addition, designed by architect Mel Michener, opened in 1964. This addition was inspired by the desire to culturally enrich the school and it included a theatre, library, fine arts studio, gymnasium and cafeteria. By the end of the decade the Academy was a junior and senior high school for day students.

In 1969 the ornate chapel was altered in accord with the liturgical renewal mandated by Vatican Council II. In May 1971, the Commercial or Secretarial department, which began in 1904, closed and the academic program focused more on preparation for post-secondary education. In 1981 the music rooms were eliminated to make way for additional classrooms and home economics labs. 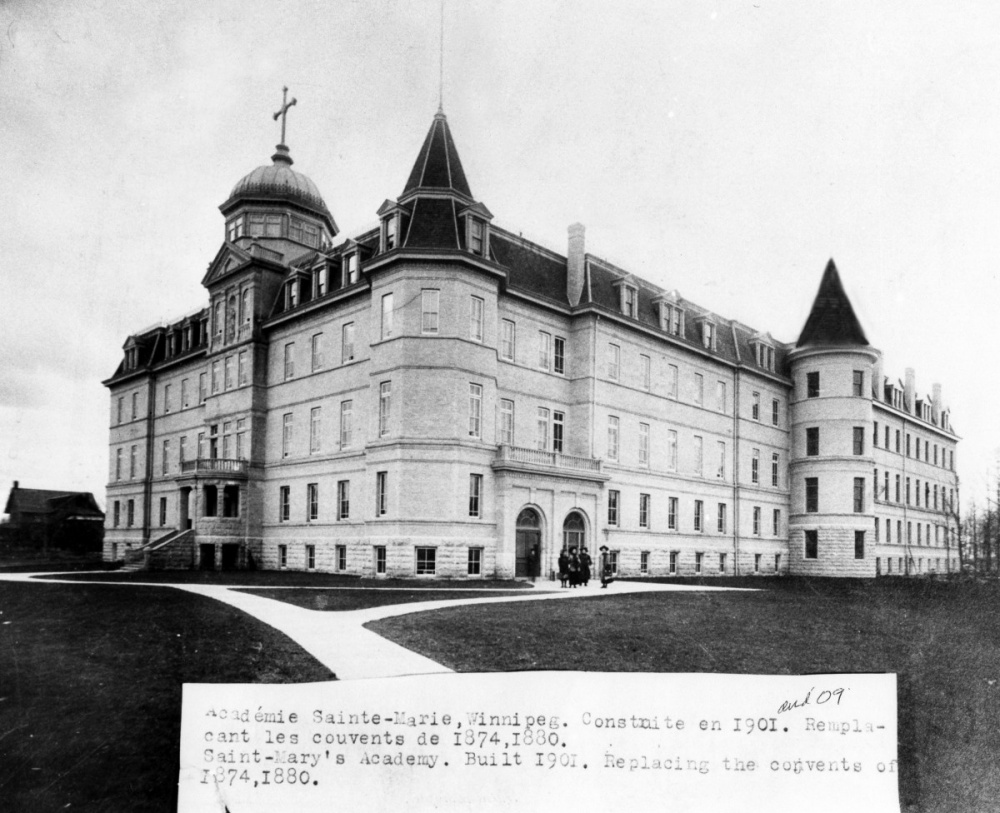 Keeping With the Times

In the last decades of the 20th century other changes were made to help meet the needs of students.

While the school grew it became increasingly clear that the role of the Sisters was changing. In December 1979 St. Mary's Academy Inc. was incorporated in the Province of Manitoba and a Board of Directors assumed responsibility for the school. Board members included parents, alumnae, friends of the Academy and Sisters of the Holy Names of Jesus and Mary. By the 1980s most Sisters had been replaced by lay teachers, many of whom were alumnae. In 1985 the director/principal administration model was adopted and the first director and lay principal were named. As the century drew to a close, in June 1999, the last few Sisters living in residence moved out.

The space vacated by the Sisters presented the school with an opportunity. In 2002 the 1909 wing underwent major renovations and upgrades once again. Four new science labs were built on the fourth floor and the old labs in the basement were converted into home economics labs. Two classrooms were added and the entire building was air-conditioned and brought up to current building and fire code standards. 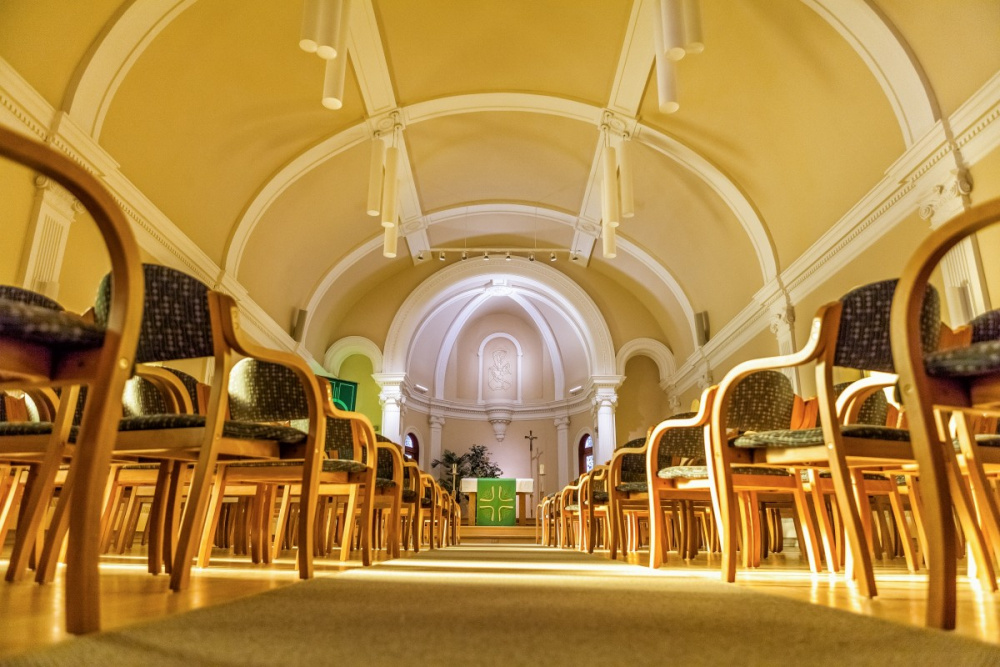 In recent years student population has increased, school programs have expanded to meet new demands and another expansion was planned. In the fall of 2010 the new Durocher Library opened, along with a visual arts studio, a fitness room and a uniform shop. In the fall of 2013 another large expansion was completed and the new Sheila Chipman Atrium, theatre/music production wing and multi-purpose room opened.

Today, St. Mary's Academy remains the oldest, continuously operating, independent school in the province. The school is noted for its commitment to young women and for providing exceptional academic, religious, and extra-curricular programs. 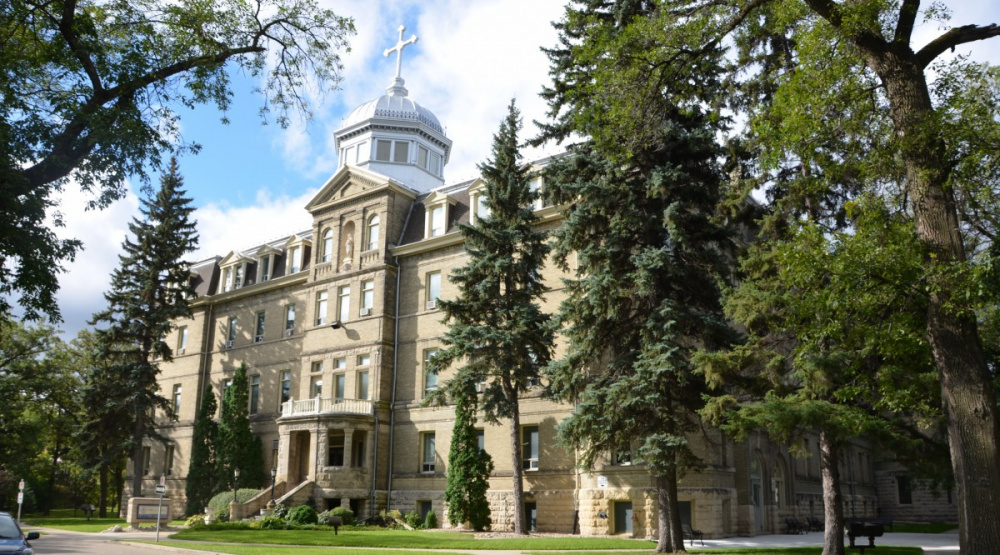